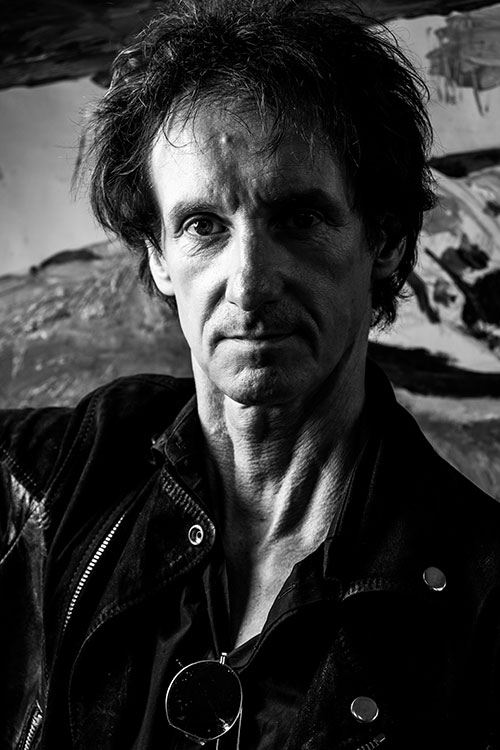 Armin’s work has been synonymous to Grand Prix since he first started painting cars but has recently taken a wonderful turn when Bernie Ecclestone bought a painting that Armin had made of him together with the late F1 legend Ayrton Senna. Armin went to Arts School in Aachen/Germany then to the Royal College of Arts in London to further pursue his dream and passion for painting. Back in Aachen he was lecturer in Fine Arts. His first impact with Formula 1 happened in Germany years ago while watching the first race live at the Nuerburgring; later after studies … still fascinated by the focus and the extreme pressure of the F1 drivers, he felt that he could produce his paintings with the same energy and speed that goes hand in hand with fast driving. Armin works with acryllic mixed with pigments and oil-pastels. His brush strokes are fast and he paints directly on the canvas with a prior sketching, which gives his paintings the freedom and the energy inspired from the speed of F1. His Painting-Action sessions, as he likes to call them, happen when he paints in front of the public and manages to create a massively powerful artwork in just a few hours. The work seems effortless as the brush mixes strokes and colours to show a legendary Grand Prix car or a sports important moment. First realized by Jean Todt – the former Team Principal of Scuderia Ferrari and now President of the FIA – Armin took his way very quick to be a kind of legendary and meanwhile well-known artist within the Formula 1- scenery. Michael Schumacher, Lewis Hamilton as well as Jean Alesi and Kimi Räikkonen are proud owners of Armin’s artworks. During the last years he is a part of F1 while traveling to all the Races worldwide, organizing his Live-Art and Exhibitions within the F1 PaddockClub and presenting his artworks in the best Hotels whereever Formula 1 is hosted. Another big moment was when Armin had the opportunity meeting HSH Prince Albert of Monaco. He was ordered to realize 2 Artworks for the Prince Albert II Of Monaco Foundation in 2006.
“All Art takes a lifetime to get it where it belongs to.”